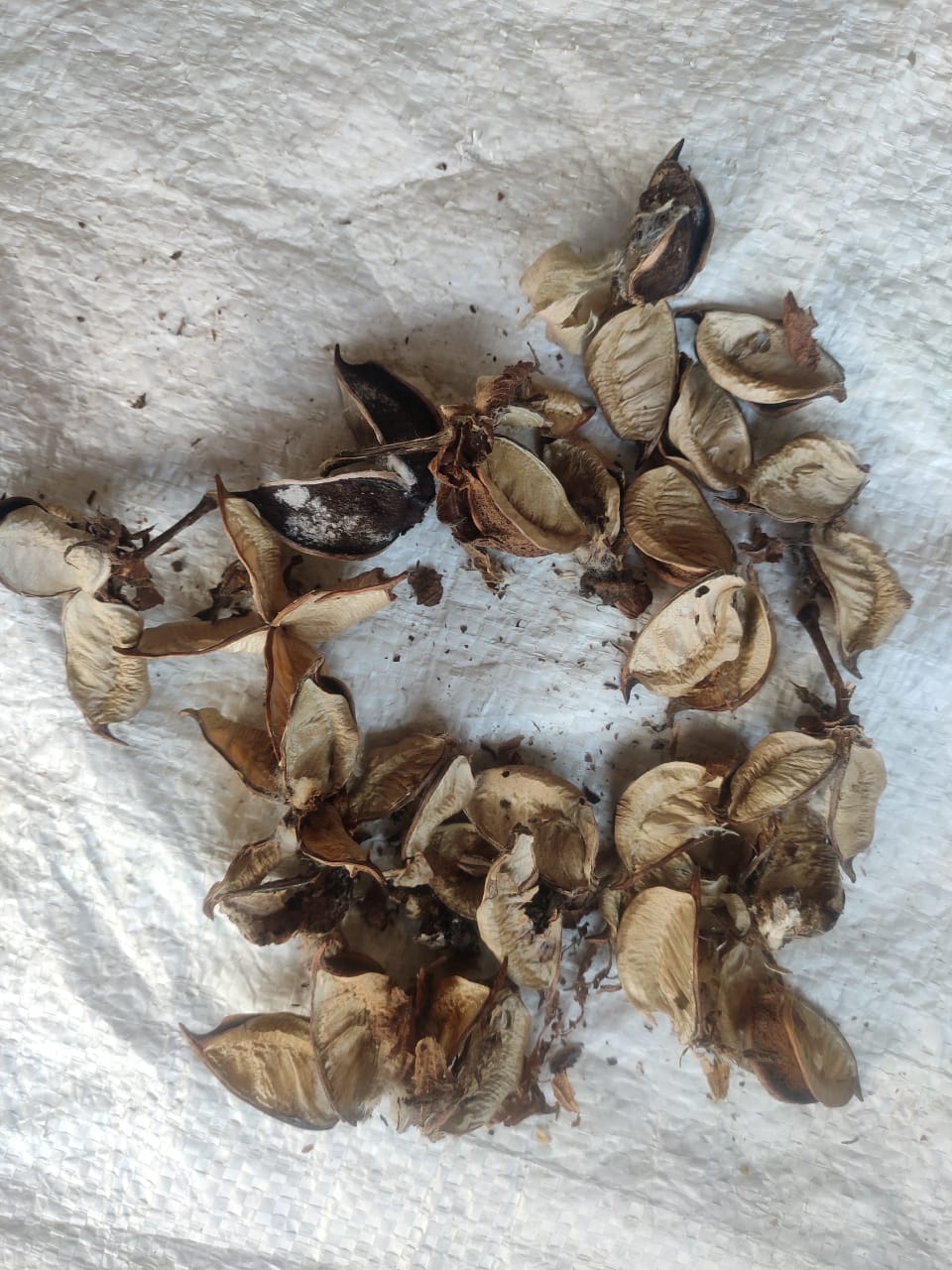 Nut grass (Cyperus rotundus) is a natorious weed, observed all the year round, but is more prominant during monsoon season. It has tubers at the base, which remains dormant in the off season and gets active during monsoon on availibility of moisture. To control this weed in field crops, the shells of cotton (Gossypium hirsutum) (that remains after picking of cotton from cotton bolls) are spread on nut grass weed infested land. Ploughing is done to mix the cotton shells with the weed infested soil evenly. Tubers of nut grass dies of burning effect due to heat in the cotton shells, when ploughing after spreding of cotton bolls / shells in summer season.Use of this practice for once, prevent nut grass (Cypeus rotundus) weed infestation for two years. There is no side effect of this practice."