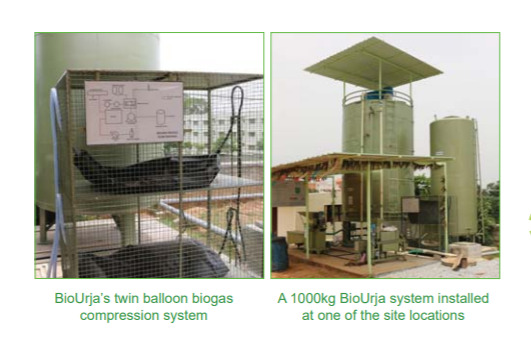 biowaste, energy: With the exponential growth in urbanisation, the municipal solid waste (MSW) management in cities has increasingly become a signifi cant environmental concern. According to estimates, the quantum of MSW is expected to double to 2.6 billion tonnes per year globally by 2025. Incidentally, global liquifi ed petroleum gas (LPG) demand by 2020 has been projected at around 360 million tonnes, which is almost 26 per cent more than what it was in 2013. In this scenario, waste-to-energy technologies enunciate a tremendous scope as they address the issue of waste management, and also produce useful forms of energy such as biogas. Even though conventional waste to energy technologies are prevalent in the market, a number of associated limitations such as land footprint, higher O&M cost, aesthetics, etc. hinder the upscale of these solutions.

GPS Renewables, a waste-to-energy technology firm, offers an innovative decentralised solution for solid waste management, and addresses the challenges faced by traditional anaerobic digesters. The solution, known as BioUrja, is a low cost dry anaerobic digester system that uses organic kitchen waste and poultry droppings as feedstock to generate biogas. It is an economically and technologically feasible solution that can be widely used in both rural and urban areas. The BioUrja solution differs from the conventional wet type anaerobic digesters due to several key innovations. With an extended state-of-art thermophilic bio digestion technology, the solution has been developed as a low-cost and stable design and has 1.5 to 2 times more biogas generation efficiency. BioUrja employs a dry fermentation technique and utilises the inherent moisture present in kitchen waste for the water-dependent stages of bio methanation, thus avoiding additional need for water for the digestion process. With its low-footprint design, the area required is 10-20 per cent lesser than that required in conventional systems. GPS has also developed a proprietary sensor-suite-and-remote monitoring system (RMS) that keeps regular health checks using their patented automatic titration system, and provides status notifications on a mobile phone, for preventive maintenance. In addition, the solution has a logic control circuit based twin balloon biogas compression system that ensures consistent gas pressure like LPG burners.


GIAN Reference: GIAN/UAL/010
Please login to view or add comments to this practice.