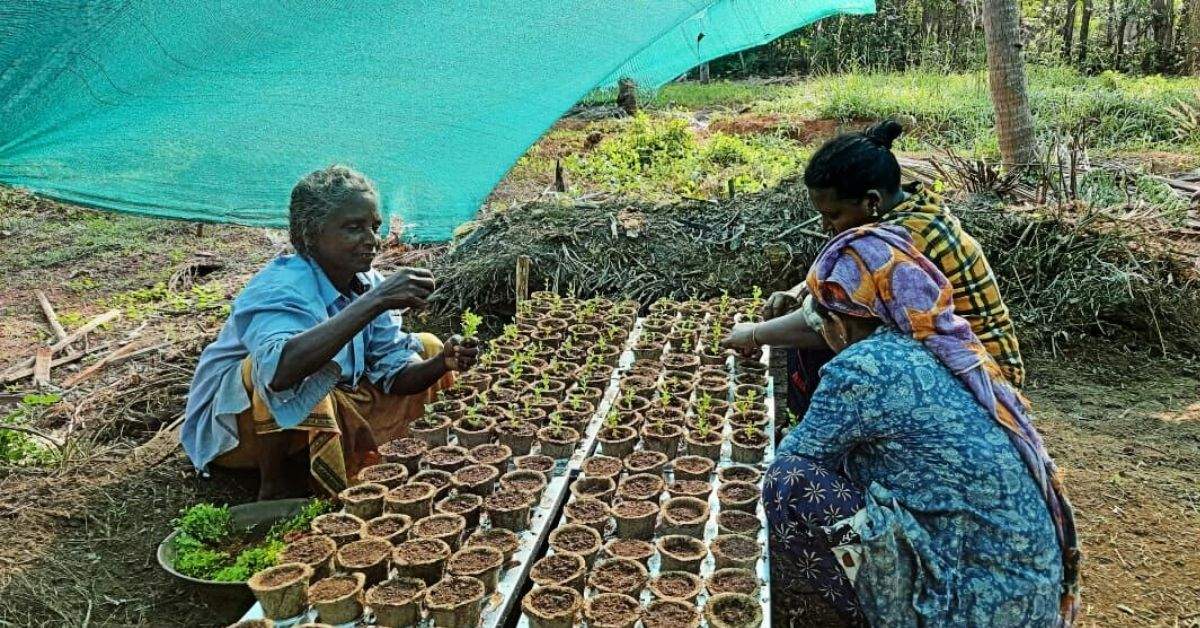 Coir Containers – An Alternative To Polythene Bags For Raising Seedlings

In Kerala, every year, the Forestry Department distributes 90 lakh seedlings to schools, colleges, forest clubs, panchayats, and other organizations, on World Environment Day, and through the week of Van Mahotsav. But these seedlings are traditionally raised in polythene bags that are buried under the soil or disposed of after the sapling has been planted.

Coir based seedling bag: In 2018, when Meenakshi C was made the Conservator of Forests in Kerala’s Central Region, her aim was to eliminate the age-old use of polythene bags to raise seedlings, and increase the awareness among youngsters about the positive effects of greenery in urban areas. Consequently, from January 2019 onwards, Meenakshi and her team started testing sustainable materials such as bamboo shoots, coconut shells, and gunny bags to grow the saplings. Sadly, none of these attempts were successful. Sheik Hussain, who was the Conservator of Kozhikode suggested considering coir containers which were gaining popularity as an eco-friendly potting medium. Coir containers – an alternative to polythene bags for raising seedlings!! The coir containers are shaped like cones and are weightless. They also have perfect water retention capacity, and the material is just right, neither too dense nor too thin, thus allowing the roots to grow unhindered. Coir is also high in ‘lignin,’ a cellulose-like material responsible for its durability. Apart from this, the containers can be planted along with the sapling, making it a completely zero-waste product and process. Coir containers fit all the parameters in terms of weight, size, durability, and mobility. More than 30 species of trees were planted to test the root growth of the plant, and durability of the medium. Coir containers eliminate the age-old use of polythene bags to raise seedlings.


GIAN Reference: GIAN/UAL/031
Please login to view or add comments to this practice.