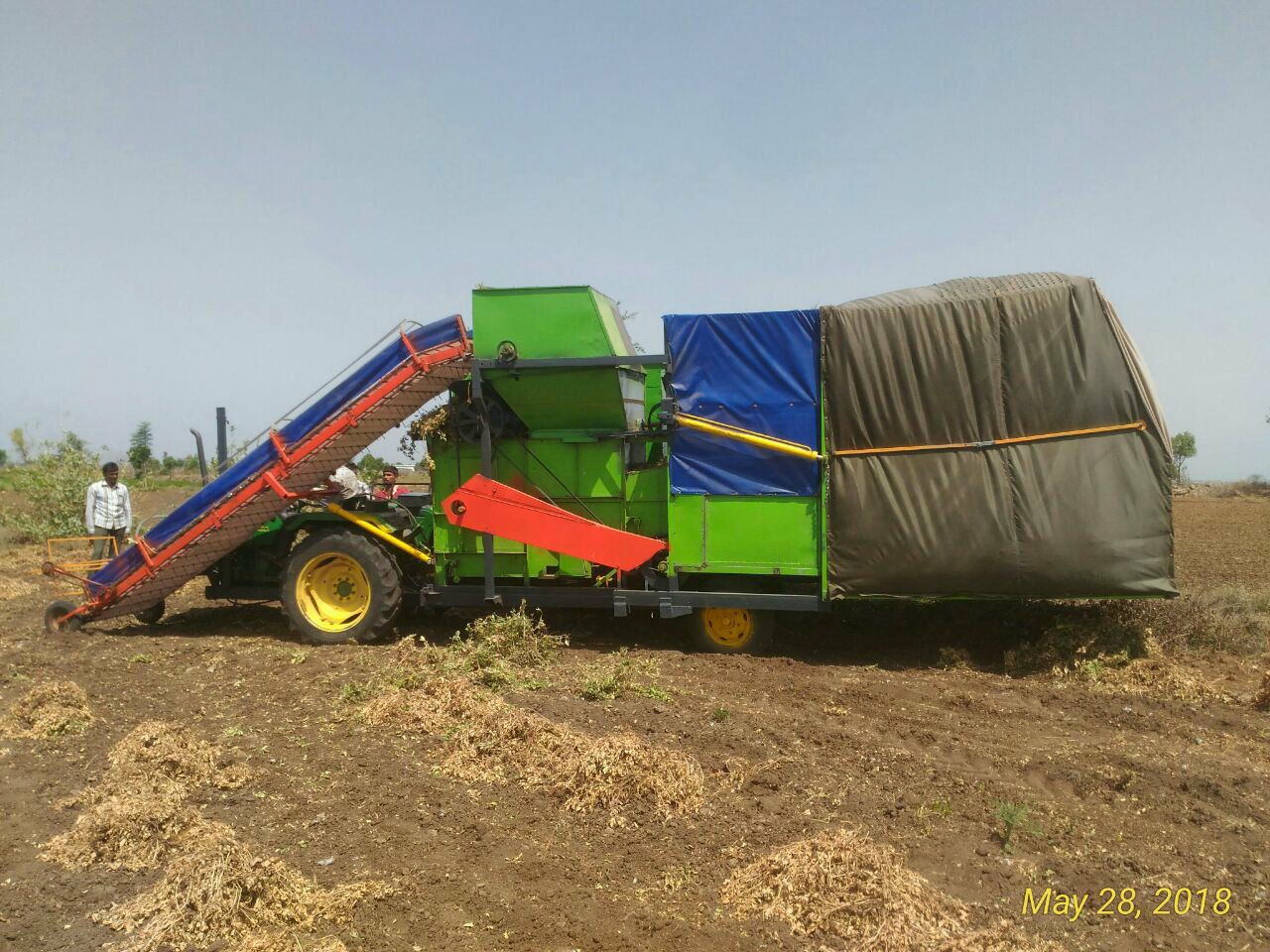 Nileshbhai observed that farmers faced scarcity of labor at the time of groundnut harvesting. The use of conventional threshers, requires adequate labor to collect the harvested/dug groundnut stalk. Delay in collection of harvested stalk, which is allowed for drying after digging, results in loss of groundnut. To overcome this problem, Nileshbhai started working on a solution, which could move around the field and pick up the heaps of harvested and dried groundnut stalks on its own. He developed their first prototype in 2015 and then set out to improve it. He developed a modified tractor mounted PTO powered mobile automatic thresher, which consists of an endless chainfor collecting pods and stalk, a threshing unit, a separation unit for groundnut pods and stalks and a separate chamber for storage of groundnut pods and stalk. It consumes 2 lit of diesel to cover 1to 1.5 acres of land in 1 hour with a capacity to store 600kg of groundnut and800kg of stalk.It has been successfully used for threshing groundnutwith an efficiency of 90%. Its cost of operation is only Rs 280 to 300 per hectare. It can also be used for harvesting soyabean and pigeon pea.

Link: It has been successfully used for threshing groundnut with an efficiency of 90%. Its cost of operation is only Rs 280 to 300 per hectare. It can also be used for harvesting soya bean and pigeon pea.
Manufacturing Capacity: e) Franchising
Problem Scale: 2) Around the world
News Link 5:

GIAN Reference: GIAN/UAL/188
Please login to view or add comments to this practice.